'A polymath (Greek: πολυμαθής, polymathēs, "having learned much") is a person whose expertise spans a significant number of different subject areas,  a "universal person" whose knowledge is profound and at a level comparable to the proficiency or the accomplishments of an expert'
(Thank you, dictionary)

On our most prominent living room wall we've always placed a 38" x 52" print of a Joan Mirò painting, 'Femme et oiseaux la muit dance' - I love the painting (it's Judith's).  While reading reviews of Rex Sexton's polymath activity, he is often referred to, as a painter, in the same light as is Joan Mirò - wow...

Rex Sexton is a Renaissance Man.  Here's just a part of his bio -

Rex Sexton is a Surrealist painter based in Philadelphia and Chicago and his writing has that illusory element to it.  His latest book of stories and poems “Night Without Stars” received 5 stars from ForeWord Clarion Reviews, who commented on the “wild beauty” and “joy of this collection … the prose rabid, people hustling to survive their circumstaces …”  Another collection of stories and poems, “The Time Hotel”, was described by Kirkus Discoveries as “… a deeply thought-provoking … compelling reading experience.”  His novel “Desert Flower” was called “ … innovative and original …” by Large Print Review and “ … so skillfully devious it could have been written by Heinrich von Kleist two centuries ago in Germany” in another Kirkus review.  His short story “Holy Night” received the Editor’s Choice Award in the Eric Hoffer Award competition and was published in Best New Writing 2007.  His poems have been published in reviews such as Bear Creek Haiku, Mobius, The Poetry Magazine, Willow Review, and Edge.  His book of artwork, stories and poems “X Ray Eyes” received acclaim by Chicago Art Maga-zine: “Sexton’s work … brings to mind the flattened forms and spaces and line qualities of Miro” … [and] the bizarre figures and spaces of Chagall”.  Bridging reality and fantasy through vaguely chimera-like figures/personified animals, and oddly flat … pictorial spaces, Sexton’s paintings emo-tionally engage viewers directly with multitudes of figures and multitudes of vivid expressions.”  He is married to the neuroscientist Dr. Rochelle S. Cohen.

And here are samples of his artwork, his writing, and a few of his poems.  One requirement!
Recognize, truly appreciate, and, enjoy...

Artist’s live where all dreams end.
Truth, illusion, are a dance of
apparations.  You try to capture it.
Smoke and mirrors is what you
usually get  - sometines life’s magic.
And then you hope that someone else
will appreciate it.
Rex Sexton 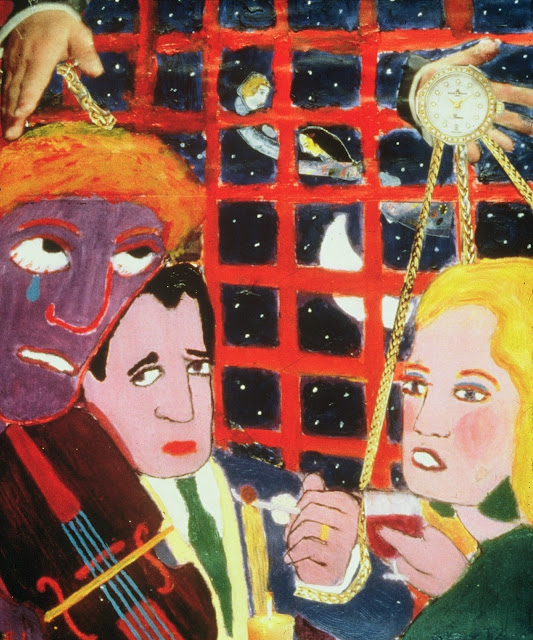 Cut-paper couples eat blue-plate specials at Formica tables –
spirits steaming from their coffee cups – in the dead of winter,
sky a shroud. “Long ago and far away and when you wish upon
a star and … “  Chalk white light makes ghosts of their shadows.
Apparitions crowd the counter, huddled from a grim world of ice
and rock.  “Wish I may and wish I might and once upon a time …”
I bundle back into the blizzard, bowed against that swirl, where
fallen angels dream of sorrow.

It’s still raining.  I bundle
into the bistro and sit down
across from her at the candlelit
table, hoping I don’t look too
disheveled.  I drop my book
bag on the floor and toe it
under cover as if it contained
anything important.
“No rain no rainbow?”  I offer.
Our table is in a corner by the
window.  Shapeless figures shuffle
to and fro, hidden under umbrellas,
like plodding turtles. She sighs and
studies the menu as if we were going
to order anything except the cheapest
items presented on the venue.  The
nightly crowd slowly gathers, there
is violin music, whispers and laughter.
“Beyond the world’s tears there are
stars?”  I wonder.
She smiles.  “The night is ours.”

Cold rain, winter closing in,
promising snow, icicles, and
fields adrift with mystic
whiteness.
There won’t be time to set
things right.  There won’t be
time for everything.
Time dreams in a garden
lush with life blooming.
Days fall like snowflakes,
melt with the spring. 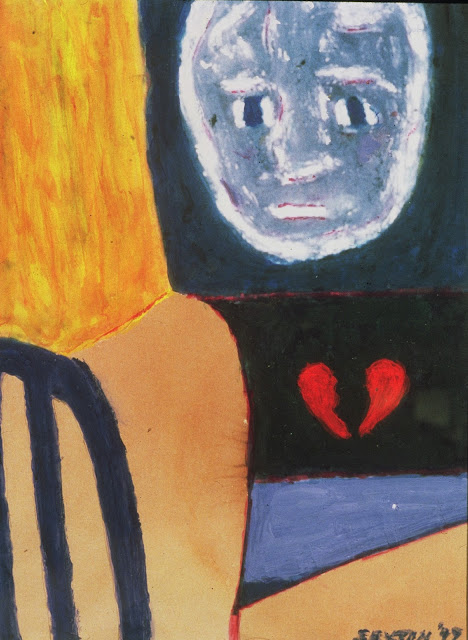 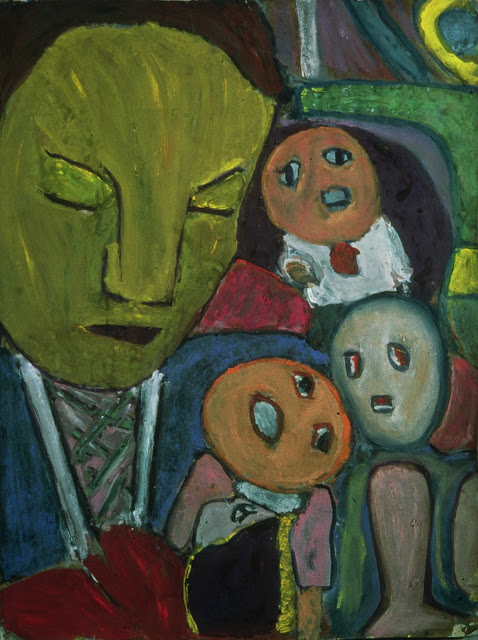 Most dreams are out of your reach.
But you dream them anyway, even
though they leave you more lost and
miserable, amidst the rubble of your
troubles, than if you had let them go,
knowing they were a no show.
Life is a stormy road.  You head for
a dead end as soon as you begin.
Somewhere in the middle you start to
understand that you are a stranger in
a no man’s land where no one speaks
your language and no one understands.
It is the same for everyone.  Yet passion
burns and souls yearn and while dreams
die they live again.  There was lots of
whiskey, warm friends, loving women,
starry-eyed children eager to begin.
I’d do it again.

Each day clouds race across the sky, a joy,
and at night, as you close your eyes to dream,
stars fill the sky, a delight.  In between is the
feast of life: love, friendship, wondering, all
yours, everyone’s, and all for the savoring.
Rex Sexton

'stuffs and such' in upcoming posts, including true story of Reb Zalman (Rabbi Zalman Schacter-Shalomi) effectively wielding an esoteric butcher knife while wife Eve thought he was taking his afternoon nap, come with this forewarning - it may be necessary to secure safety belts, adjust mouth guards and to be recently pottied, and

'poetry's seed is the human heart, its blossoms are the leaves of words' - translator Angelee Deodhar

A book of translations that should have been acknowledged in whatever ways possible years ago (an example, I could have at least sent Ms Deodhar reimbursement for postage):

In 2007, translator/poet/(et cetera) Dr. Angelee Deodhar, of Chandigar, India (Chandigar, among loveliest of names) mailed bear creek haiku a copy of Ogura Hyakunin Isshu.  It has just resurfaced from among a stack tucked in a closet as I seek ‘yellow page’ books, books whose pages have turned/are turning yellow with an odor causing my strong allergy-like reaction (this book, thankfully, is healthy)

Fascinating.  This must be an important international poetic publication.  Briefly, from the forward by Dr Vyom, editor Haiku Darpan, this (my) paraphrasing -  ‘Japanese haiku is the world’s most loved poetic form today - direct translations from Japanese to Hindi (as of 2007) are virtually nil - speaks of her (Dr Deodhar’s) love for Japanese literature and her acting as a bridge between Japan and India - an invaluable gift for the Hindi haiku world’

from Dr Deodhar - ‘haiku, a relatively late form of waka - waka, first composed before the advent of writing in Japan to celebrate victories in battle and love or for religious reasons, for communication between friends and lovers - Ogura Hyakunin Isshu is of the best known collections of Japanese literature today’ - she writes of Uta-Karuta, Japan’s new year’s card game played with waka, and of Teika, the thirteenth century poet/critic, who may have collected these poems

These two (para)phrases are key (for me) - first, ‘for any literary genre to be understood there has to be a knowledge of the socio-cultural background in which it was written’-

second, and most important, a ninth century Japanese quote - ‘poetry’s seed is the human heart, its blossoms are the leaves of words - it moves heaven and earth, pacifies gods and demons, reconciles men and women, calms the hearts of savage warriors’ -

Japanese, to Hindi, to us - lovely, perhaps even magnificent -

The only thing I found
Was the moon of early dawn.
from a poem by Fujiwara no Sanesada

How the myriad unstrung gems
Are scattered everywhere around.
from a poem by Fun’ya no Asayasu

Here are brocades of red leaves,
As tributes to the gods.
from a poem by Fun’ya no Yasuhide

oh, my - what else is in that closet